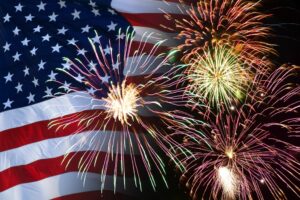 It is only natural that as our country’s Independence Day approaches we revisit history.  Our Founding Father’s were relentless in the pursuit of Independence from Britain and the Declaration of Independence enumerates the many reasons (grievances) for the desired split.

During my most recent reading of the historical document, one phrase jumped out at me.  “…all experience hath shewn, that mankind are more disposed to suffer, while evils are sufferable, than to right themselves by abolishing the forms to which they are accustomed.”

This phrase screamed of what I see as a major roadblock to progress – not only during American Revolutionary times, but today.  That roadblock is Complacency.

To paraphrase Jefferson:  as long as things aren’t too difficult or unbearable (sufferable), we are more inclined to suffer than to endure that pain of change.

How often do we as individuals or as business leaders fall victim to complacency?  Some examples I can point to in my own experience include:

If you’ll be honest with yourself, I suspect you can see that these are very real, very common issues that are the result of being complacent.

Taking a lesson again from our Founding Fathers, the formula for declaring independence from complacency, is action.

Of course, be sure to take time out periodically to celebrate the achievements of your bold action.  In the words of John Adams, the celebration should include “Pomp and Parade…Games, Sports, Guns, Bells, Bonfires and Illuminations from one End of this Continent to the other.”

What action will you take to declare independence from complacency?  Share your ideas with us!