Was the Rams-Patriots Super Bowl LIII a game of momentum or inertia? 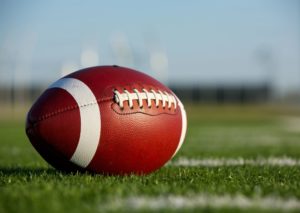 Inertia: “property of matter by which it retains its state of rest or its velocity along a straight line so long as it is not acted upon by an external force”

The L.A. Rams had a lot of inertia. Things kept going the same way throughout the game with similar results. The team ended the game with 12 drives, 9 penalties, 0 touchdowns. Its punter kicked it away nine times for 417 yards. Total net yardage: 260. (But you knew that, Rams fans.)

Momentum: “strength or force gained by motion or by a series of events”

The New England Patriots, by contrast, had the momentum. The team’s time possession was 33:10, six minutes longer than the Rams, while it gained 22 first downs and was flagged for just three penalties. Of course, it won a close, low-scoring game, 13-3.

Is that one reason, by the way, that most of America outside Rhode Island and Massachusetts don’t like the Patriots? I don’t, that’s for sure. (I’m partial to America’s team, the Cowboys, of course.) But when I stop gritting my teeth and sit back, I realize they’re simply making adjustments to change inertia into momentum.

An insurance workflow is like a game performance. Both require:

In independent agencies and other firms in the distribution channel, we all experience inertia. For example, we might start a marketing/quoting process with the same bundle of papers (yes, those sheets made from trees and written on with pens/pencils) for just about every account or risk.

Sometimes it takes an external nudge or blow to reveal inertia. Sears was a 113-year-old company when Home Depot bumped it out of the Dow Jones Industrial Average in 1999. It’s ridden inertia a long time: It was the biggest U.S. retailer in 1989 and the 31st-largest in 2018.

You get the point. Inertia is risky. Momentum is rewarding.

Driven by muscle memory, inertia gives us the ability to do a familiar thing.

Driven by rethinking and changing, momentum engages people to be better, faster, stronger.

When you remember the 2019 Super Bowl, use what happened to your advantage – and to create momentum in place of inertia.

Next time: More about how inertia can lead to positive change.